The reinforcement in concrete / shotcrete bears tensile forces in components after crack formation in order to guarantee that the requirements regarding loading capacity and usability are met.

They mainly affect ductility and therefore cracking / fracture behaviour. In addition to mesh and wire reinforcement, fibres are often used which form a three-dimensional reinforcement structure and are directly incorporated during concrete manufacturing.

The performance of the fibres can be determined by tensile strength tests. Using load deflection curves, various values with respect to fracture resistance, residual strength and working capacity can be calculated.

Beams are normally placed onto two line supports, after which stress is applied with strain-controlled, load-bearing cutters at the centre or the one-third points until the beam ruptures.

Depending on the standard in effect, slabs are placed on square, round frames or point bearings and stress is gradually increased to the rupture range.
There are many different relevant standards and regulations for carrying out strain-controlled tensile strength tests on concrete and shotcrete. In terms of test specimens, slabs or beams of varying dimensions are used depending on the standard.

Standard and the corresponding test specimens* 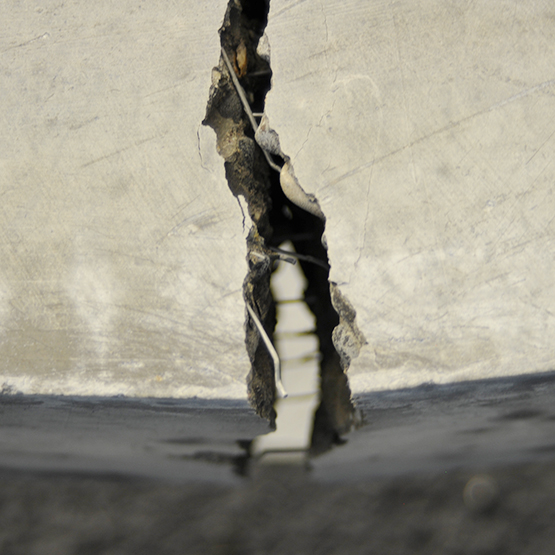 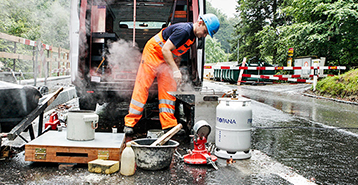 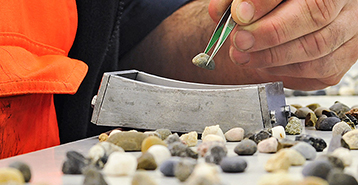 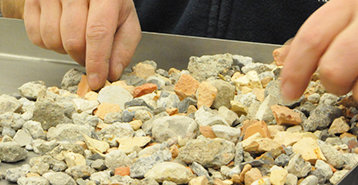 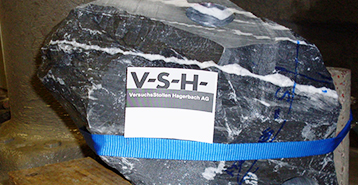 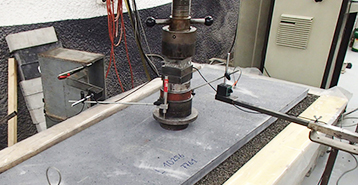 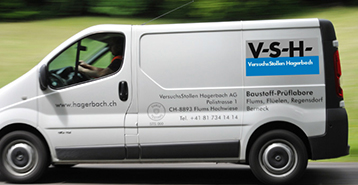 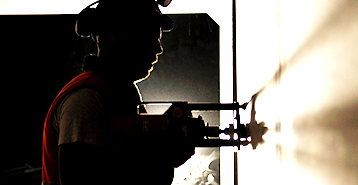 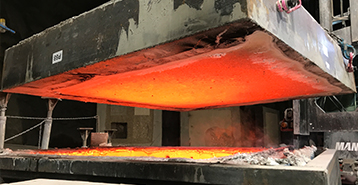