How much VSH there is in the Gotthard.

The Gotthard Base Tunnel is a landmark project for Switzerland. With a length of 57 kilometres, it is currently the longest railway tunnel in the world. Its importance is also immense for the Hagerbach Test Gallery. For more than twenty years, it has driven engineers to peak performance and ensured a multitude of innovations and advances. 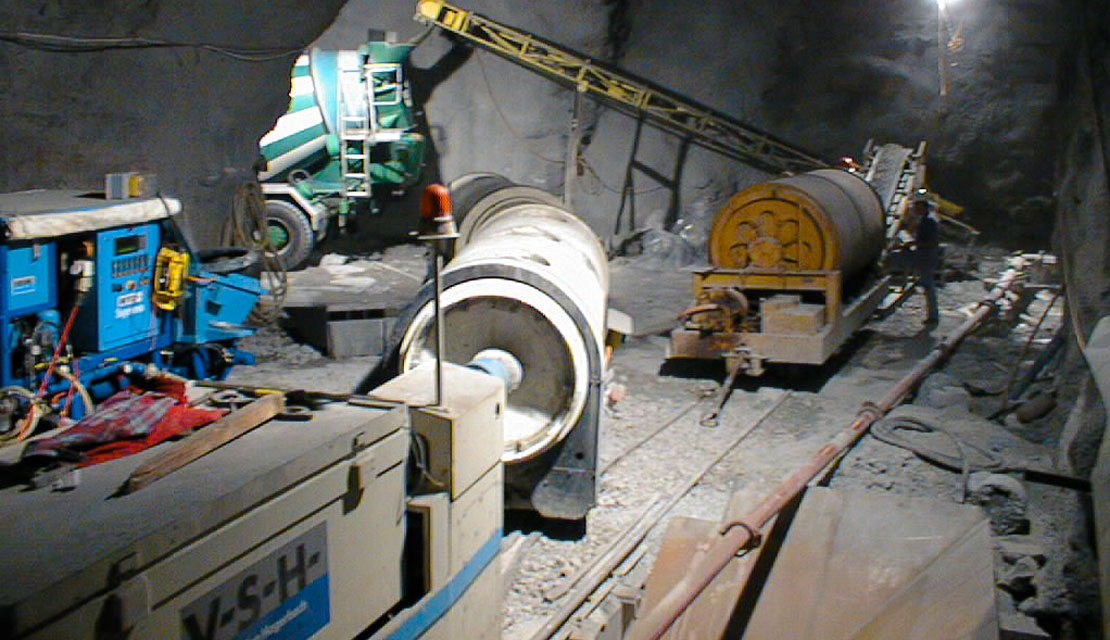 (1) Concrete tests and approval tests were carried out at the VSH.

(2) Built-in vault concrete in the Gotthard.

The construction of the Gotthard Base Tunnel was a project of unprecedented size and complexity. The sheer length, the overburden of up to 2300 metres and the enormous temperature inside the mountain massif were just some of the major challenges. Much of what awaited them in this tunnel was uncharted territory for the engineers. So, a test environment in which new technologies can be tested 1:1 is the perfect solution. And that is how the Hagerbach Test Gallery became a miniature Gotthard.

New and interesting questions opened up in every phase of the tunnel construction. For the Hagerbach Test Gallery, trials began years before the main construction lots were awarded. In addition to research and development, the company was also involved in quality control on-site during construction. 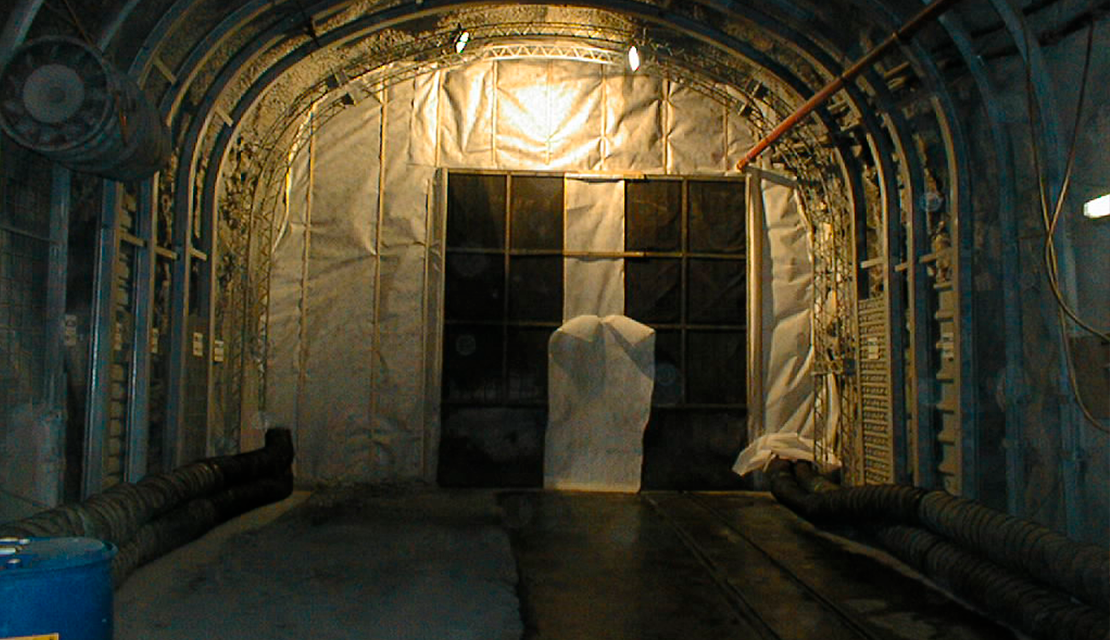 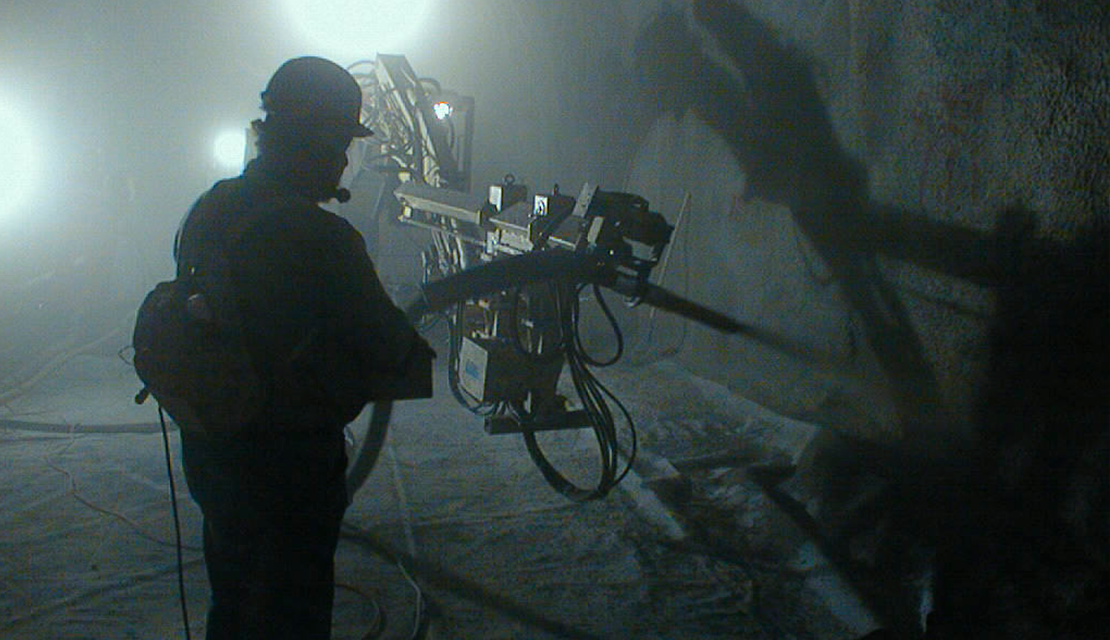 (2) The heating elements with which the rock was heated to 45° C.

(3) Application of shotcrete under real conditions in the "Thermo Tunnel ".

Years before the main lots were awarded, particularly intensive research was carried out in the field of concrete technology. Given the high surface temperatures of the rock of up to 45°C inside the tunnel, procedures had to be developed to ensure the durability of the concrete used over the long service life of the tunnel. For this purpose, an area was cut off in the test gallery and a so-called "Thermo Tunnel" was built.

In the "Thermo Tunnel", the rock was heated to 45°C, so that the conditions in the Gotthard when using shotcrete could be simulated. The climate in a tunnel area around the concrete plant was heated to 30°C in order to test the processing of in-situ concrete under the long open time required. Thanks to developments in the concrete industry and the tests carried out in advance, the concrete technology uncertainties were clarified at the start of construction. 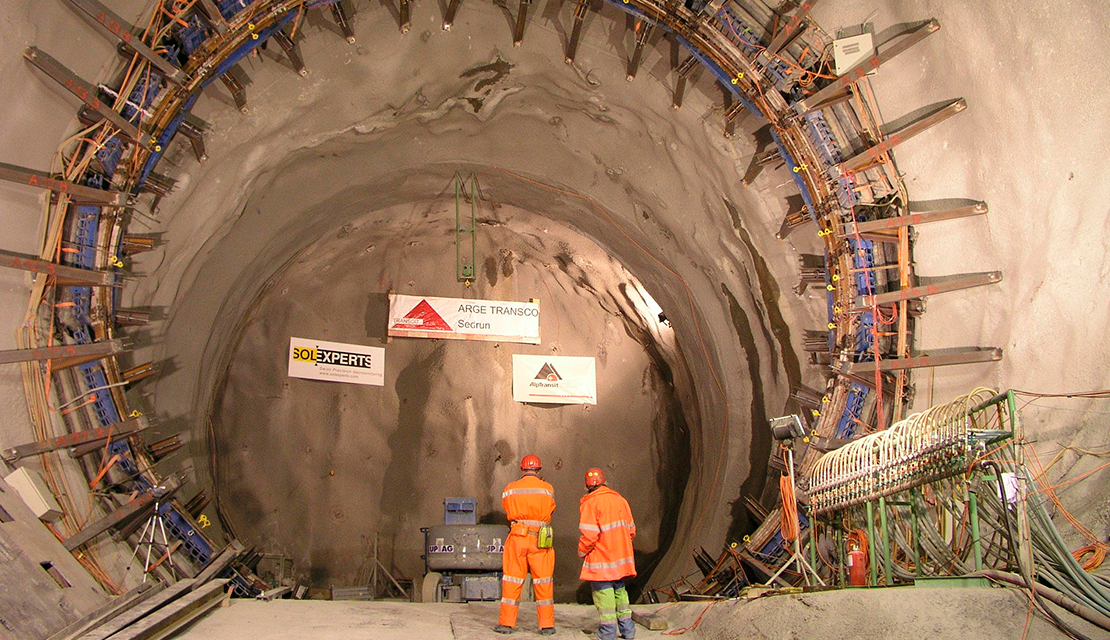 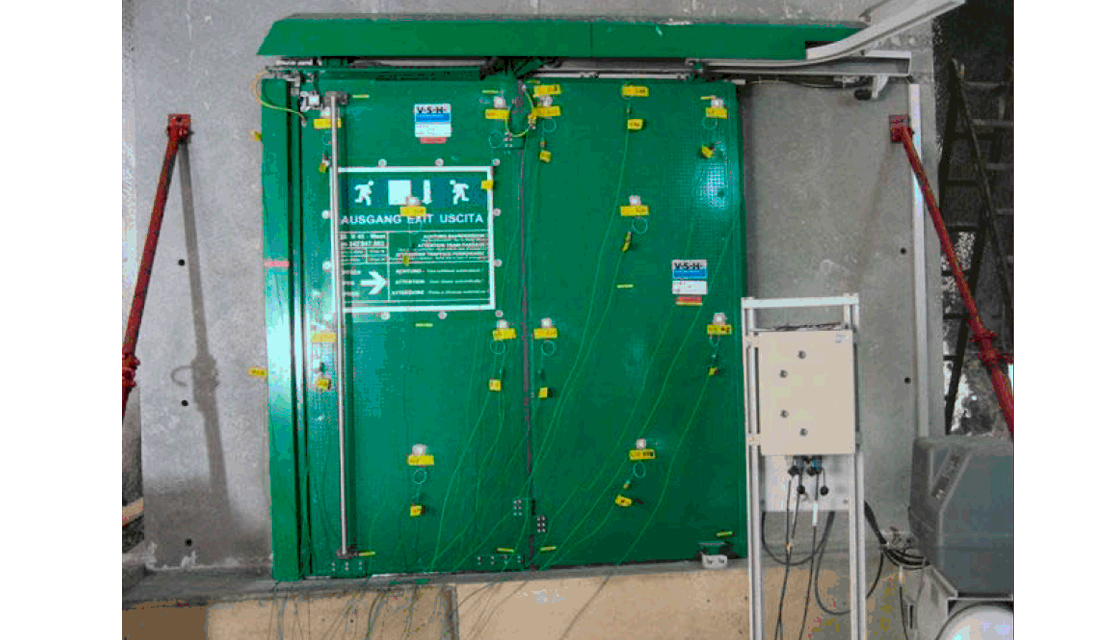 (1) The steel arches tested in the Hagerbach Test Gallery in the Sedrun section of the Gotthard tunnel.

(2) Construction of a fire test for the emergency doors of a cross-passage.

During the execution of the construction, the Hagerbach Test Gallery was able to contribute its know-how and the test facility for further challenging questions, such as fire tests, steel arch tests in the Sedrun section or the clarifications in connection with the alkali-aggregate reaction in concrete.

In the Hagerbach Test Gallery, research and testing was carried out not only on questions of the building shell, but also on the development of railway technology.

For the emergency doors of the cross-passages, a special test concept was developed for the suppliers, in which the functionality of the doors could be tested after fire exposure and dynamic stresses of train passages. The results of the tests in the tunnel were decisive for the selection of the doors in the Gotthard Base Tunnel.

A true-to-original replica of a cross passage allowed the contractor carrying out the final construction work to test and optimise the doors under real conditions. Challenges and difficulties were thus identified and solved in advance. This reduced the risks and saved a great deal of time and money during construction.

The landmark project has not only changed Switzerland forever, but it has also helped the Hagerbach Test Gallery to develop. The technologies and innovations researched, but also optimized documentation and processes, found their way into other projects such as the Ceneri Base Tunnel.